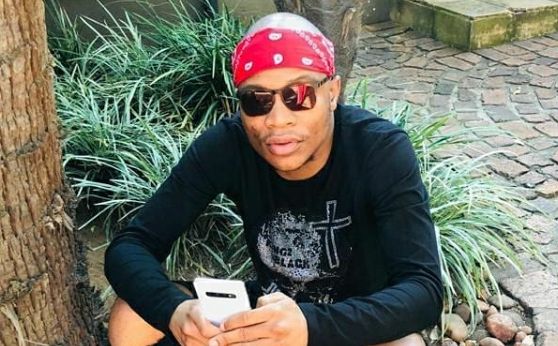 #JERUSALEMA, the incredible musical phenomenon created by South African music producer, DJ and artist, Master KG, has continued to grow like wildfire and has reached 50-million views across the world.

From monks, celebrities, chefs, wedding parties, to ordinary people, everyone is dancing to the hit song which, together with its maker, has become a global sensation. In the song Jerusalema, Master KG features Nomcebo Zikode.

Master KG’s song, Jerusalema, has inspired the #JerusalemaDanceChallenge that has gone viral. The song also made it to the iTunes top charts in the USA, Italy and several other European countries. According to Shazam, it has also become the 4th biggest song in the world .

The hit song was released in South Africa last year, to much acclaim but has now caught on in the rest of the world. While the track had grossed 44- million views, the remix track, released a month ago, has reached 2.2 million page views.

Master KG is a happy man. “I remember last year 29 August 2019, 10pm, making #Jerusalema with @Nomcebozikode. We never thought it will go this far. This shows that God has time for everything. Thank you (to) everyone involved in the success of the song,” he said.

Following the phenomenal success of #Jerusalema, Master KG has ammased a huge following in South Africa, Africa and the world. Many have flooded social media platforms with tributes to the talent of a musician who has become the face of South African music.

The government of South Africa also sent him a congratulatory note. “We congratulate @MasterKG on his hit song #Jerusalema that has taken the world by storm,” said a message from the Department of Sports, Arts and Culture.

Jerusalema In A Wedding in Spain??????????? pic.twitter.com/kpB4TaSQaX

Healthcare Workers In France Doing the #JerusalemaDanceChallenge Wow this is Beautiful Hle????? pic.twitter.com/uNUmAwnFtt

The #JerusalemaDanceChallenge from @masterKGsa has reached its logical, geographical destination: #Jerusalem, Israel!

I have a “Jerusalema” earworm & this is my current favourite dance video for it. ?? pic.twitter.com/etAEKa3CwQ

The World Is Dancing ??????? #JerusalemaDanceChallenge When we created this song I never thought it will do this!!!GOD is amazing ???? pic.twitter.com/3FCUBUKaQH

This Dance Really Deserves The Dance Of The Year?????? #JerusalemaDanceChallenge pic.twitter.com/15NbOR7ZL6

Congratulations @MasterKGsa. I knew this was a winner when it got all of us dancing crazily when we stopped at the Portuguese Islands during our Rotary cruise excursion earlier this year #inspired https://t.co/JI80DIvOLM

Some call it Tarvern Music And I said Its ok Wait And Let me Show What Tarvern Music Can do to the world..Jerusalema just Reached 40 Million Views Thank you Million Times????????? pic.twitter.com/UcKt22rroy

Just like that, my life has changed, says new Miss South Africa