African athletes have shown their prowess, determination and dazzling talent earning silverware for their respective countries at the 2020 Tokyo Paralympics.

Nigeria’s Latifat Tijani won the gold in the women’s 45kg para-powerlifting after she defeated China’s Zhe Cui to lift 107kg.

Tijani made history opening Nigeria’s, and Africa’s, medal count at the 2020 Tokyo Paralympics.

The Paralympic champion dedicated the medal to her coach after the achievement “I’m so happy and glad for what I just achieved. I promised to bring home the gold and I thank God for helping me bring this gold home this year.

“I am dedicating this Gold medal to my humble and hardworking coach who is always pushing and motivating me. He keeps me on my toes and makes me stay focused.” She told Brila media

South Africa nabbed gold medals to top the African medal table at the 2020 Tokyo Paralympics. Anrune Weyers earned her first Paralymic gold after winning two World Championship golds in 2015 and 2019. Weyers, after setting the world record for the T47 400m, finally has her gold medal in 56.05.

Weyers spoke in delight after ascending to the top of the podium “This one is special. The journey here was not easy,” she said after a dominant display where she seized control of the final in the last 200m and powered away to win by a full 1.27sec.

“This medal represents so much of what I’ve been through. It’s my first Paralympic gold, and it will always be special.” Weyers concluded.

Ntando Mhlangu became South Africa’s second medalist at the games in the long jump. After winning gold, in a new world record and personal best jump of 7.17m, Mhlangu isn’t done yet.

The T61 paralympic long jump champion is set to compete in the 200m event later on in Tokyo. The double amputee has the potential to be a superstar and is well on his way after vaulting to the top step of the podium at the highest level.

South African runner Lauzanne Coetzee took silver in the T11 1500m, behind Mexican runner Monica Rodriguez who took home gold, in a time of 4:40.96. The new time is a African record in the event and South Africa’s third medal at the Paralympics. 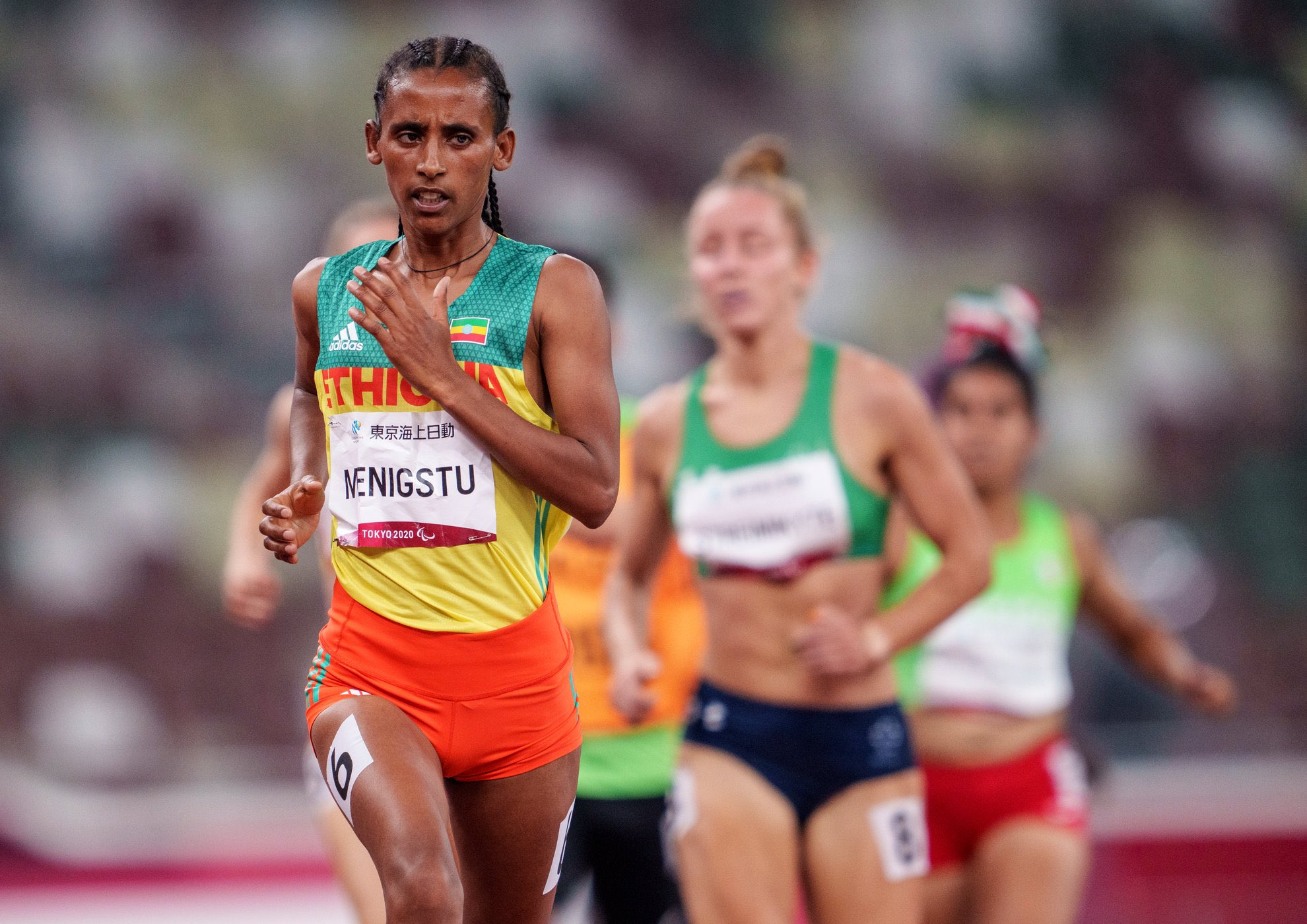 Algeria, having won two silver medals and three bronze, are happily increasing their medal total after a low scoring trip to Tokyo for the Olympics one month earlier.

Samir Nouioua finished in third in the final of the 1500 meters (T46), with a time of 3: 55.56. Judo para-athlete Abdelaoui Cherine became Paralympic champion, winning the gold medal of the 16th edition, against the Canadian, Gagne Priscilla, who she defeated in the final of the under-52kg category.

Ethiopia’s 21-year old star Tigist Gezahagn Menigstu won Gold in Women’s 1500m – T13 category – Ethiopia’s first medal at the games and first in their history. Menigstu came first in heat 2 of the T12/T13 1500m before storming away in the final. At the 3 minute mark, Menigstu broke away with Moroccan athlete Fatima El Idrissi before going on her lonesome 30-seconds later. A warm Paralympic champion welcome awaited her at the finish line – as she crossed in a time of 4:23.24 to write her name in Ethiopian history.