SOME of Africa’s current biggest musicians have been listed to perform at the world’s biggest afro-beats festival, Afro Nation in Portugal, in 2021.

South Africa’s Sho Madjozi and Busiswa, Nigeria’s Davido, Wizkid and Yemi Alade are some of the big African names listed on the festival poster which was posted on social media and their website. The stars are also set to perform alongside American musicians Rick Ross and Chris Brown.

The Afro-centric festival will be headlined by hip-hop rapper French Montana, Davido and Burna Boy. More artists are to be added to the star-studded lineup.

Fans were hyped up at the announcement, praising the lineup and Afro Nation, due to the 2020 edition of the festival having been cancelled due to the coronavirus pandemic.

Afro Nation wrote on their website, “After having to postpone 2020’s edition to July 2021, Afro Nation is raring to go again as it returns to the sunny shores of Portugal for another weekend in the company of some of urban music’s biggest artists”.

The festival organisers also reassured fans on Twitter that they would prioritise the safety of the fans and staff leading up to and on the day.

“Afro Nation has been closely monitoring the situation and working in tandem with partners, local authorities and the Portuguese government. The safety of our fans, artists, staff and the local community remain paramount”. 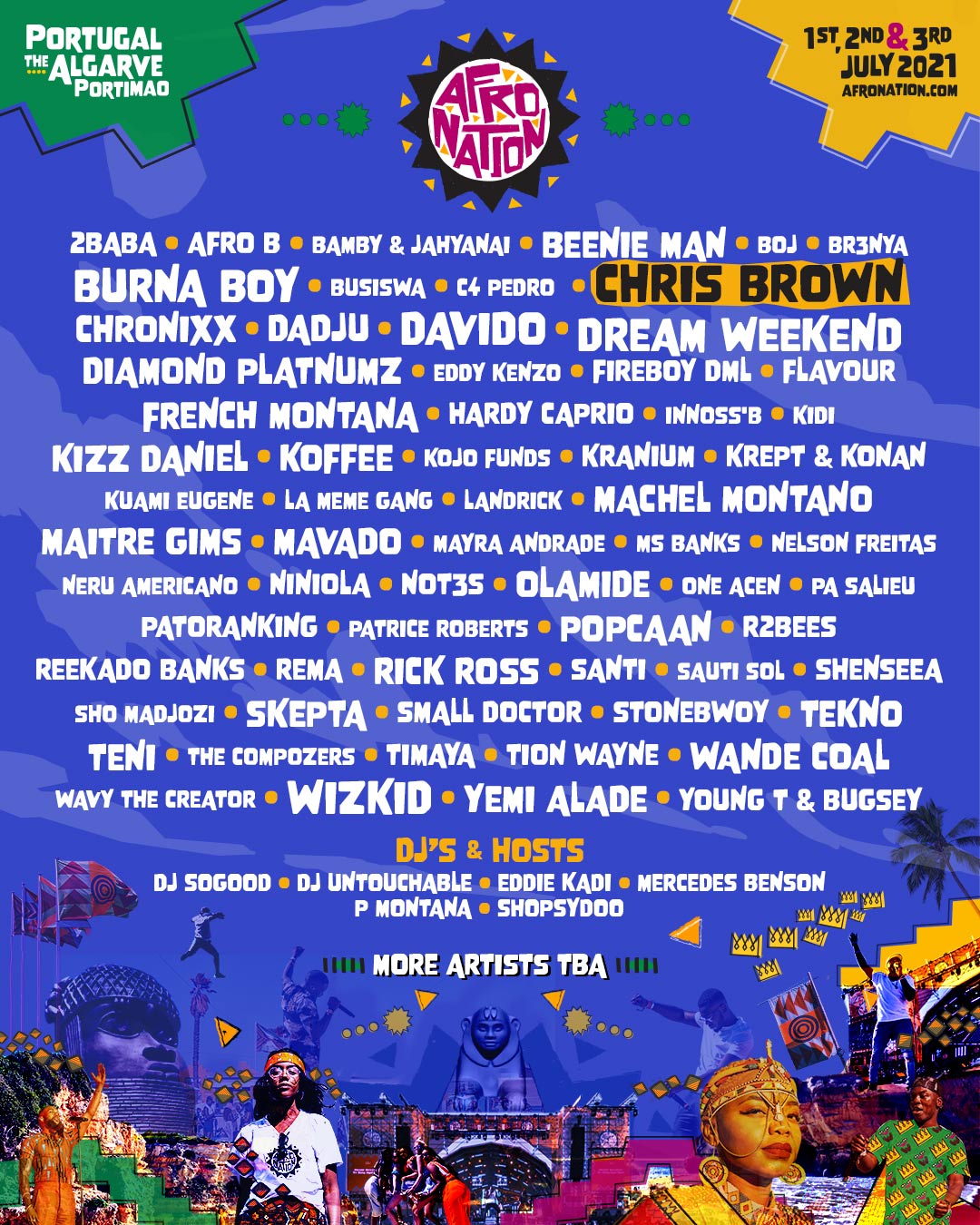