STRATEGIES put in place to stop such abuses largely failed during the outbreak that swept through the country from 2018 to 2020, aid officials and workers, gender analysts, and researchers who examined the response told reporters in nearly a year of interviews. Reports commissioned by organisations and donors also cited abuse concerns.

Fifty-one women told reporters they had been sexually abused or exploited by men identifying themselves as aid workers in Beni, one of the outbreak’s epicentres. Not one said she knew of a hotline, email address, or person to contact to report the incidents. Most spoke with reporters during several weeks in July and August.

Of the aid workers and locals who told reporters they knew about accusations of abuse, few said they reported it. Some said they were hoping to strengthen policies and programmes that were being developed to prevent and report the abuse, rather than taking an adversarial approach as whistleblowers.

Aid sector experts blamed the failures on a male-dominated operation with little funding to combat sexual abuse; income and power inequalities that opened the door to abuses; and poor communication with local residents – mirroring problems they said they had seen in numerous other emergency responses.

The massive Ebola operation brought thousands of jobs to be filled by locals to the poverty-stricken region – from community outreach work to cleaners and other roles. With men holding most decision-making positions, the way was opened for the exploitation of women eager for jobs paying well above standard, aid workers told reporters.

“We needed local workers,” said one World Health Organization employee, who spoke to reporters on condition of anonymity for fear of reprisals.

“Knowing the poverty of the population, many consultants amused themselves by using sexual blackmail for hiring,” said the WHO employee. Many local and international workers hired during the surge were employed on temporary contracts as consultants.

Some 30 women told reporters they were sexually abused or exploited by workers who identified themselves as being with the WHO, according to the joint investigation published earlier today. Most men accused of abuse were expatriates, the women said.

Ahead of publication, the WHO pledged to probe the allegations brought to light by the investigation but wouldn’t say whether it had received complaints against staff or contractors during the Ebola response. ALIMA and World Vision also promised to investigate. And after being made aware of the allegations, UN Secretary-General António Guterres called for them to be “investigated fully”.

Eighteen of the main organisations responding to the Ebola outbreak received no complaints, their representatives told The New Humanitarian and the Thomson Reuters Foundation in a recent survey. Six other groups said they had a total of 20 cases among them, five of which were substantiated.*

Congo’s health ministry, which led the response effort along with the WHO, said it had received no allegations of abuse. Similarly, Christine Besong, the UN victims’ advocate for Congo, said she was not aware of a single allegation in the context of the Ebola response.

“If you’re not getting reports, then something is going wrong,” suggested Jane Connors, a long-serving UN staffer who in 2017 became its first victims’ advocate.

Few women who spoke with reporters believed they could get justice, especially, they said, as the sex-for-jobs practice was so widespread.

“I never considered denouncing or accusing him because everyone found this normal,” said one 24-year-old, who was told she could only get a job if she had sex with a man who said he worked for the WHO. “I had no choice but to accept,” she added.

‘I didn’t know where to report’

From Bosnia to Haiti, sexual abuse and exploitation scandals have shaken the aid sector for decades – denting the trust of local populations, donors, and taxpayers. The UN and NGOs have repeatedly vowed to ramp up efforts to address the problem.

Guterres has maintained the UN has a “zero tolerance” policy.

Many of the initiatives were put in place after reports of UN peacekeepers sexually abusing women and children in Central African Republic made headlines in 2016. Women and girls also reported sexual exploitation by health workers during the world’s deadliest Ebola epidemic in West Africa, from 2014 to 2016.

Last year, there were some 175 allegations of sexual exploitation and abuse against UN staff members, according to a UN report.

Most women who spoke with reporters in Beni said they didn’t know how to report what had happened to them. Others were too afraid of being stigmatised by their family or community. Most said they couldn’t afford to risk losing their jobs – hard to come by in the region.

“The fear of retribution is so high,” said Alina Potts, a researcher at the Global Women’s Institute at George Washington University, and a former aid worker. “They need to have a lot of trust in that overall system to come forward.”

Few cases of rape – let alone other abuse – are ever successfully brought to trial in Congo.

“I didn’t know where to report him, and I didn’t have much trust in the police,” one woman said, describing how she was denied a job after refusing to have sex with a man who identified himself as a doctor with the WHO.

“The fear of retribution is so high. They need to have a lot of trust in that overall system to come forward.”

She said her friend, who had sex with the same man, was hired.

Some of the women’s husbands or boyfriends were forced to agree to the sex-for-work arrangements, knowing jobs would dry up once the virus was contained.

One woman said she was attacked by her husband after he listened in on a phone call with a man who said he was a WHO staffer and propositioned her. Even though she said no, her husband beat her, causing permanent damage to her eye, she said.

Up to 80 percent of survivors globally – not just those in humanitarian crises – do not report sexual assault, for a range of reasons, including fear of retaliation, stigma, and the lack of accountability, said Miranda Brown, formerly with the UN’s Office of the High Commissioner for Human Rights.

“Typically, survivors and victims do not use standard reporting mechanisms, but rather report to persons of trust,” said Brown, who testified to the US Senate about the UN’s child sex abuse scandal in CAR.

Aid agencies rushed into eastern Congo after Ebola was detected, sensitive to criticism of acting too slowly in the 2014-16 outbreak in West Africa. An interagency network to prevent sex abuse – a strategy used in other humanitarian crises – was set up among UN agencies and NGOs, but only more than a year into the crisis.

Of some $700 million spent on the overall Ebola operation, only $40,000 had been received from the UN as of March 2020 – months before the outbreak ended in June – to fund the Prevention of Sexual Exploitation and Abuse (PSEA) Network. This is according to officials who spoke to reporters on condition of anonymity because they weren’t authorised to speak about the budget, although reporters also saw an internal report citing funding. 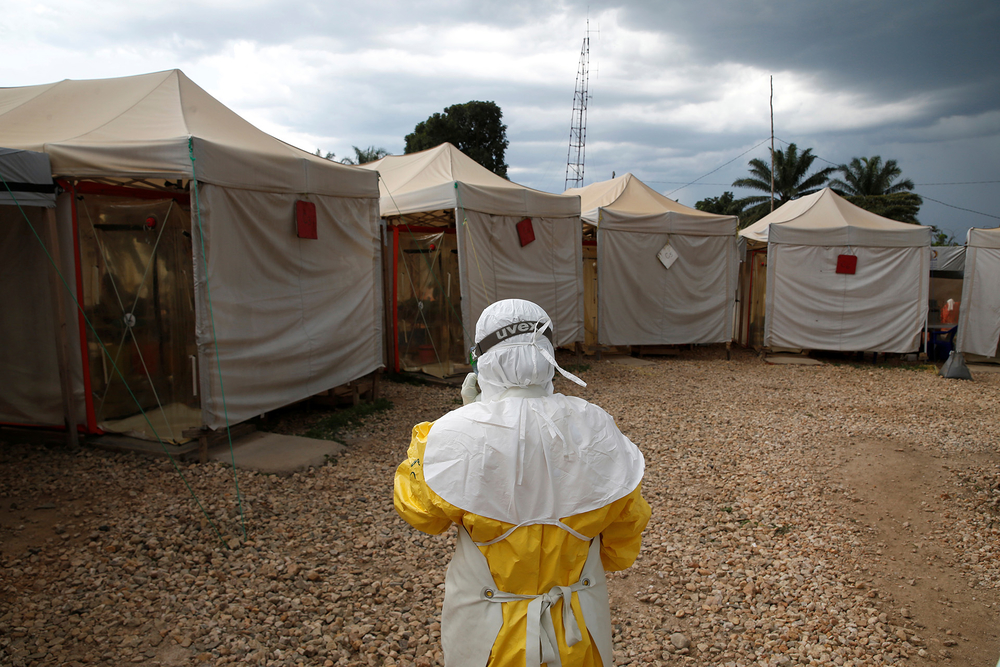 Six months after the Goma-based network was set up, though, coronavirus emerged and disrupted efforts to look into rumours of abuse on the ground.

A goal of the network was to allow aid agencies to share information about allegations they had received, helping the coordinators to understand the type of abuse that may have been taking place. But that didn’t happen, according to an internal report from the network.

Agencies also each had their own hotlines, email addresses, and suggestion boxes for receiving complaints of abuse or exploitation, which can be confusing for victims, said Fidélia Odjo, the UN coordinator for a related prevention of sexual abuse and exploitation network that operates across Congo.

Odjo said she is working to set up a single hotline for the wider humanitarian response in Congo, but poor phone service in rural areas was proving a challenge.

As part of UN-wide reforms, Guterres has asked that all UN entities report abuse allegations to his office. The numbers are to be fed into a database in real-time and are compiled on a UN website.

Yet until recently, the WHO – one of the leading UN agencies in the Ebola response – did not include its allegations on the website.

The WHO had only just “now” agreed to post their allegations on the website, according to the UN secretary-general’s spokesman, Stéphane Dujarric.

The world health body had been reporting substantiated allegations to its governing body, the World Health Assembly, according to WHO spokeswoman Fadéla Chaib.

The WHO’s latest global report shows 10 investigations into sexual exploitation and abuse since 2017, including one in 2020.

As a specialised agency, the WHO is not under the direct authority of the secretary-general, said Lynne Goldberg, senior political affairs officer in the UN Office of the Special Coordinator on Sexual Exploitation and Abuse.

Looking ahead, aid officials and analysts pointed to several areas that could be explored in an effort to reduce similar allegations in other humanitarian crises.

Addressing the gender disparity in many aid responses is one. The WHO said in a 2019 report that some 81 percent of its Ebola responders were male; 15 of 18 other organisations surveyed as part of the investigation by The New Humanitarian and the Thomson Reuters Foundation also said their teams were mostly male. Some organisations declined to share gender data.

“There are entrenched patriarchal systems in place in many organisations, notably during humanitarian operations and emergencies,” said Brown, the former UN official. “Increasing the number of women in senior roles in operational settings would clearly reduce the number of sexual exploitation and abuse cases.”

Local women’s groups have expertise on tackling sexual abuse, but are often not consulted in humanitarian crises, said Potts, who is researching ways to reduce power disparities in aid delivery.

“Increasing the number of women in senior roles in operational settings would clearly reduce the number of sexual exploitation and abuse cases.”

A recent review of aid in Congo, commissioned by the UK government, echoed that, stating that to increase reporting, more money should be given to community-based women’s groups,

“We can’t keep putting [women and girls] in these risky situations and expecting the outcomes to change,” Potts said. “We set up these systems that are very ripe for exploitation, because there are people that have access to goods and resources and are bringing them to communities that are really in need.”

Few of the women who spoke with reporters, meanwhile, talked about expectations of justice. Most said they were just trying to rebuild their lives. Many said they are without work again.

“I’m just grateful that I wasn’t impregnated or infected with a [sexually transmitted disease],” one woman told reporters in July, saying she was forced to have sex for a job at World Vision.

The New Humanitarian and the Thomson Reuters Foundation