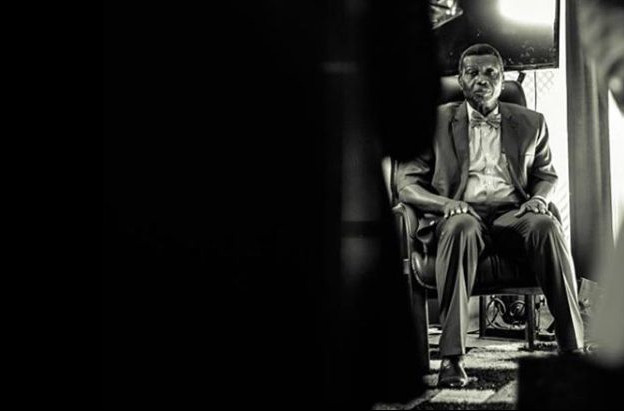 WHAT started as a loving gesture by one of Nigeria’s popular pastors Enoch Adeboye, led to a storm on social media.

Adeboye, pastor of the General Overseer of the Redeemed Christian Church of God, posted a message to celebrate the birthday of his wife Folu.

However, in parts of the message, Adeboye said. “It does not matter what is on her itinerary if I say I would like you to go with me to so and so place… she would cancel whatever she was to do and come along with me.

“The husband is the head of the wife. No matter how educated or successful you are, your husband is your head and you must regard him as such at all times.”

These words elicited mixed responses amongst some of his one million followers across platforms. While some felt that he had undermined his wife, others supported his view on marriage and subservience.

Among those who supported his views is Peace Damilola David, who said. Pastor Adeboye’s marriage is one of the few marriages that I personally look up to. Even after 50yrs, their love is still strong. But someone that’s hasn’t even spent 10yrs in marriage is talking bad on how Pastor Adeboye runs his marriage. I pity our generation.”

@Amakadiva concurred:Ladies if you aren’t ready to be submissive to your husbands when you get married then remain single . There can’t be two captains in a ship. Some marriages of 21st Century don’t last because some women hv refused to submit. There’s nothing wrong with Pastor Adeboye ‘s post ok.”

Ogbeifun Evelyn quipped: “If Pastor Adeboye post on his wife’s birthday triggers you, you can go watch Will and Jada Smith Red talk show and get your perfect marriage.”

However, @Ebelee_ would have none of it. She retorted: “Do you know how ugly it is that you need to reduce someone to feel worthy. Everyday “we rise by lifting others” until it’s your wife & then you rise by reducing her & removing her head so you can replace it with your own. That Pastor Adeboye thread is horrible on many levels”

@Moschevious said: Pastor Adeboye should have just said “happy birthday flesh of my flesh” and keep it moving.

Now we know he can’t do basic things like feed himself and trim his nails. TMI.”

@Benxta_, who said: “can’t believe Adeboye really sat down & found a way to make his wife’s birthday about himself and his power over her. a simple “happy birthday my love” will do next time please.”