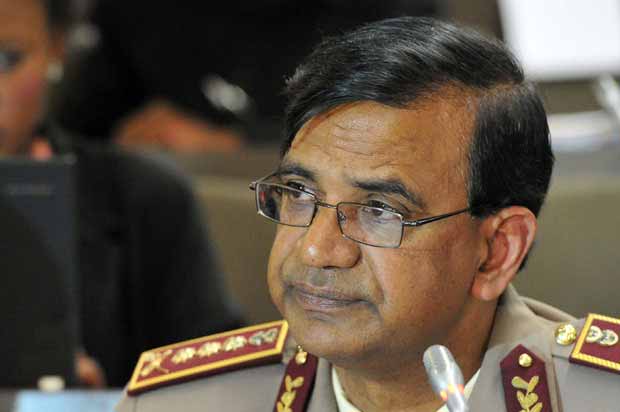 SOUTH African president Cyril Ramaphosa has paid homage to Dr Vejay Ramlakan, the late South African medical doctor who looked after the health of at least three presidents of that country, including Nelson Mandela.

Ramaphosa said Ramlakan contributed to the liberation of all South Africans as one of the founding members of the United Democratic Front and as a member of the African National Congress’ armed wing, uMkhonto we Sizwe.

“My thoughts are with General Ramlakan’s family, friends, comrades and former colleagues. We will remember him not only for his noble contribution in the struggle for liberation, but for the many years of great work as the physician to the father of our nation, former President Mandela. May his soul rest in peace,” Ramaphosa said.

NELSON Mandela’s grandson, Chief Mandla Mandela also has paid a warm tribute to Ramlakan, whom he described as a dedicated servant of the people.

Mandela, who is a chief at Mvezo – The Great Place, his grandfather’s birthplace – said:

“Our nation has lost one of its finest sons who served our country with distinction as a member of the Military Health Services Unit. He was a dedicated servant of the people and served as Surgeon General under my grandfather President Nelson Rolihlahla  Mandela.

“Lt General Ramlakan was born in Durban on the 27th September 1957 and was a loyal member of Umkonto We Sizwe (MK) where he served in the Butterfly Unit. Our thoughts and prayers are with his family, friends and loved ones in this hour of their bereavement.  On behalf of the Royal House of Mandela we wish them every strength as they come to terms with this great loss.”

Friends, colleagues and fellow ANC members have also paid warm tributes to Ramlakan. They took to social media to pay tribute to him. Savesh Pather said: “In memory of one of the most bravest men I had the pleasure of working with, Lt General Vejay Ramlakan … RIP Commander.”

The Ahmed Kathrada Foundation said:  “Former MK, Robben Islander and the Surgeon General of the SANDF. Condolences to friends, family and comrades of Vijay. Hamba Kahle.”

Ramlakan was forced to withdraw a book that he had written – Mandela’s Last Days – after some members of the former president’s family, including his widow Graca Machel objected and said the book violated Mandela’s privacy.

Ramlakan was a veteran political activist with an impressive record. He was active in Durban, KwaZulu-Natal and Swaziland.

He first joined ANC’s armed wing, Umkhonto we Sizwe (MK) as an underground operative in Natal in 1977. During this period, he underwent general military training in South Africa and in Swaziland. At the University of Natal, Ramlakan served as the President of the Medical Students Representative Council from 1979 to 1980.

From 1981 until 1983, he was Vice President and General Secretary of the Natal Health Worker’s Association, and also a founding member of the United Democratic Front. As part of the command structures of MK in the then province of Natal, Lt Gen Ramlakan was involved in MK Operation BUTTERFLY.

Ramlakan’s continued military and active political involvement saw him being incarcerated on Robben Island between 1987 and 1991, where he was a member of the Central Political Education Committee.

He served as Medical Commander at the ANC National Conference in 1991 and CODESA between 1991 and 1992 before he became Medical Commander for the President Mandela Guard in 1992. Between 1993 and 1994, he served as Deputy Chief of MK Health Service and led the MK military health team for integration into the National Peacekeeping Force and later the South African National Defence Force (SANDF).

In the SANDF, he held the following positions: